Skip to content
The Art of Ownership
Schedule a Call

The Art of Ownership 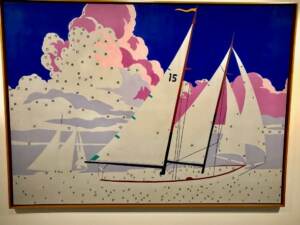 Striding off the elevator onto the concrete seventh floor of Pittsburgh’s Warhol Museum (the definition of an ESOP-conference departure), I ambled through the museum’s colorful galleries and interactive exhibits, finding these practical illustrations of the art of ownership.

Build on your foundation
Andy Warhol grew up in Pittsburgh’s working-class South Oakland neighborhood, the fourth child of immigrant parents. Although a sickly boy, he put his family’s Midwestern work ethic to good use, diligently developing his artistic skills and winning a prestigious Scholastic Art and Writing scholarship. After studying at Carnegie Mellon University, he moved to New York City and became a sought-after commercial artist, working for Glamour Magazine, Tiffany & Company, Columbia Records, Vogue and the shoe designer Israel Miller. That solid foundation served him well as he expanded his creative pallet beyond commercial works and onto Pop Art canvases like the museum’s Do It Yourself Sailboat painting.

Like Warhol, successful employee-owned business build on their strong foundations. Melink Corporation founder Steve Melink, for example, started the company in his Cincinnati, Ohio basement in 1987 to provide customers with sustainable, green-energy solutions. During the last three decades, the business has expanded its products and services “beyond the basement,” just like Warhol’s art moved beyond the five-painting Do It Yourself series, but the company has always stuck with its foundation principal of sustainability. In fact, in his 2018 Corporate Responsibility and Sustainability Report, Steve noted how employee ownership is now part of Melink’s foundation. “[Our ESOP] will help promote stronger personal accountability and efficiency. It will draw us closer together as a working family with a common goal that is worthy of our best efforts and intentions. Because of this, we will become more sustainable.” 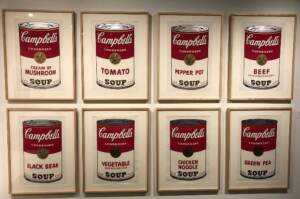 Define your role
In an era when abstract impressionism dominated the art world, Warhol forged a different path, finding beauty in everyday, utilitarian, mass-produced objects like Campbell’s Soup cans, Coca-Cola bottles and Brillo Pad boxes. Warhol’s vision of the value of concrete, specific images, in fact, became an integral part of the multitude of color-blocked, silk-screen portraits he created. As he said, “I just paint things I always thought were beautiful, things you use every day and never think about.” Warhol’s innovative approach enabled him to define the modern-day notion of celebrity, pioneering today’s reality-TV fueled culture.

While that’s art-museum interesting, what does Warhol’s notion of definition have to do with successful employee ownership? Quite a bit, actually.

Just 6,700 ESOP companies exist, making it far from America’s dominant form of business organization. For the ownership model to succeed, business leaders and employee owners need to work together to define what it means for themselves and their companies. Just like Warhol defined his own role, your firm needs to define employees’ roles and responsibilities as owners. Employee ownership is different. But what does “different” mean at your company? It’s probably something different from what it means at other ESOPs.

Successful ESOP companies invest time and resources to paint a clear picture of ownership roles and responsibilities. And, maybe more importantly, as Horizon Bank’s Peter Jones, the Ohio Employee Ownership Center’s Chris Cooper and I discussed during our interactive Pittsburgh conference session, they train employees on what ownership isn’t (if you want the presentation PDF, contact me). Warhol knew he wasn’t an abstract impressionist, do your employee owners realize they’re no longer working at a conventional company?

Start small and build
The museum documents Warhol’s extensive exploration and experience with film and cinema. The artist started making short films in the 1960s (three-to-five minutes in length), before working his way up to full-length features. His most successful commercial and critically acclaimed film, Chelsea Girls, projected two different yet inter-related movies on two different screens at the same time.

If one sets aside some of his “artistic”, well, kookiness (Warhol’s film, Sleep, for example, consisted of poet John Giorno sleeping for six hours), the “start small and build” lesson applies to ESOP firms working to develop an ownership culture. Most new ESOPs start with small contributions and low stock values because they take on debt to make the transition to employee ownership. So, it’s very important to avoid overselling the plan at the outset.

Consolidated Minerals (CMI), headquartered in Leesburg, FL, followed the start small and build mantra when it rolled out its new ESOP in June 2018. Prior to the ESOP transition, CMI was owned by the Leesburg Regional Medical Center and Cornerstone Hospice because its founder, F. Browne Gregg, who passed away in 2014, named the two non-profit organizations as his estate’s beneficiaries. The Boards of both the hospital and hospice fully supported the ESOP’s creation to ensure CMI would remain an independent, locally owned business headquartered in Leesburg.

At CMI’s annual meeting in May, employees received their first ESOP statements and, just like was explained during the rollout, found small balances and a low stock value. CMI continued setting ownership expectations by communicating that, if employee owners keep driving profitability and repaying debt, stock value could increase relatively quickly. And, the longer someone stays with the company, the more shares he or she can earn.

Just like it will take CMI’s new employee owners time to build wealth, Warhol didn’t become a feature film auteur overnight either. Your firm’s ownership culture will follow a similar path: everyone won’t, and doesn’t have to, understand everything on day one. Developing an owner mindset takes time, resources, effort and energy. Like CMI, determine where you are, define where you want to be and start taking concrete steps to reach your destination. 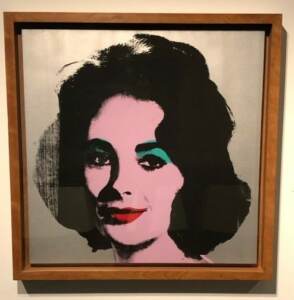 Errors were part of the Warhol artistic process

Engage people by involving them
Warhol’s studio (the Factory) was a famous NYC hangout that attracted a diverse crowd, including many people with whom the artist collaborated (in fact, Lou Reed’s well-known song, “Walk on the Wild Side,” describes some of the interesting characters he encountered at the Factory). The museum continues that hands-on, collaborative tradition. At it, you can perform your own cinematic screen test (which Warhol did with hundreds of people), create a silk-screened image, or hit, kick and run through the silver helium- and air-filled bag-balloons of the artist’s Silver Clouds exhibit.

It’s no secret that successful ESOP companies engage employees as owners. Their leaders create processes that enable the people doing the work to have input on how it is done. They build real-world procedures that encourage employees serving customers, for instance, to share practical strategies for how to improve the business that they own. They listen to employees and work with them to implement the best ideas. And, because enhancing the business is a process of trial and error, they create a positive environment that creates room for thoughtful mistakes. Warhol, in fact, saw mistakes as art and accidents as part of the process, leaving the blemishes and smears he created on the canvases.

As you involve and engage employee owners, have you made space for thoughtful mistakes? Are you, like Warhol, tolerating, and even encouraging, the occasional blemish or smear? Because mistakes are often stepping stones on the road to success. 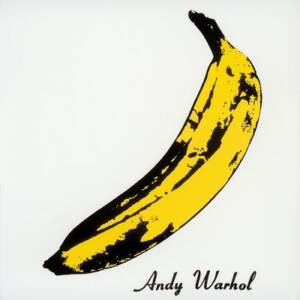 Cover illustration for Warhol produced The Velvet Underground and Nico album, 1967. Stephanie says you ought to give it a listen.

Redefine what business (or art) means
Warhol started as a commercial artist, with a talent for drawing shoes, before moving into movies, Pop Art, writing books, creating TV shows and even managing and producing the legendary rock group, The Velvet Underground. He also created a number of album covers, including the Rolling Stones’ Sticky Fingers one with a working zipper and a 1980s music video for the Cars (You Might Think). In these endeavors, he made money and wasn’t afraid to make money. In fact, one of his money-based paintings, 200 OneDollar Bills, sold at Sotheby’s auction house in 2009 for a whopping $43.7 million one-dollar bills.

ESOP companies are redefining what business means by making employees part of America’s capitalist system. They, like Warhol, are in it to make money and increase shareholder value. But, as Warhol changed the art world, employee-owned businesses are changing how businesses operate and who shares in the long-term value companies create. ESOPs enable people doing the work every day to benefit both in the short-term, through their paychecks, bonuses and benefits, and in the long-run, through the wealth they generate.

As I pushed through the museum’s glass exit doors and ambled across the sidewalk into the sunny Pittsburgh afternoon, I considered how it was once radical to conceive of common place items, like dollar bills, as art. But now it seems like Warhol was onto something — art is all around us, if we are willing to open our eyes and see it. Sharing the opportunity of stock ownership and involving people in the business, may still seem radical to many, but it’s a proven formula for business success.

The art of ownership is as American as a can of Campbell’s Soup and it’s for everyone, not just a select few.

If you want to talk art, ESOPs or both, contact me at jbado@workplacedevelopment.com