What’s the number one employee complaint about their companies (after poor communication): lack of feedback. People perform their jobs day in and day out and rarely hear how they’re doing: it’s as if their performance is being sucked into a black hole. 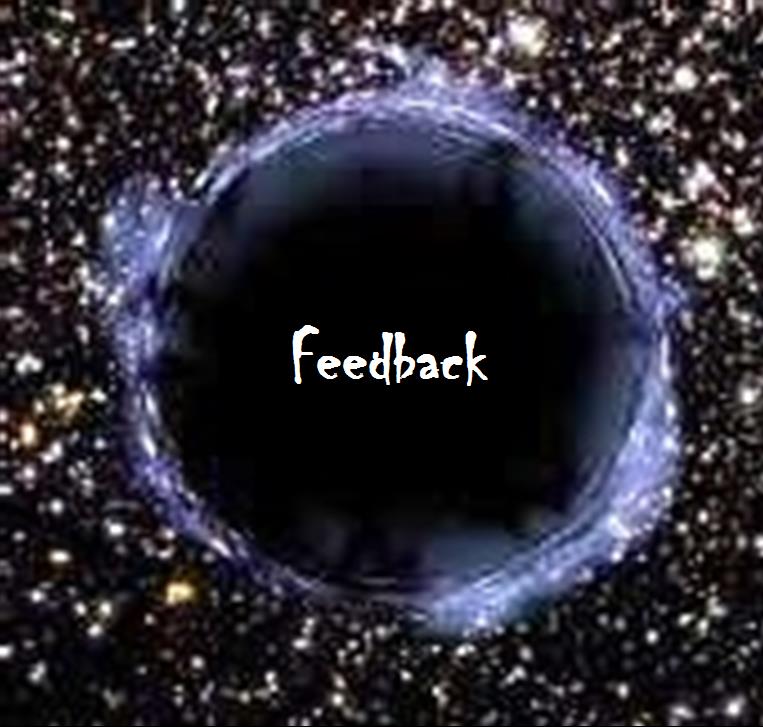 If you’re working to build an ownership culture where people think and act like business people, this strategy, obviously, will not lead to your desired results. A survey done by Robert Half International found that 34% respondents cited “limited recognition” as a reason for leaving their jobs. Given one of the benefits of your ESOP is its value as a recruitment and retention tool, how can you make frequent feedback part of your culture? Try these five tips.

Managers and supervisors stuck in the feedback black hole often hear little about their own performance. And, like the people they manage, when they receive feedback, it’s negative. The common refrain: no feedback means that I’m doing well. In other words, if they were doing something wrong, they’d hear about it.

If you’re in a situation where you never hear anything about your performance (unless, of course, there’s a mistake or complaint), it’s up to you to shatter the event horizon. Just because you’re not receiving positive feedback doesn’t mean you can’t give some to your team or co-workers. Someone has to initiate the process and, guess what, that someone is you.

Here’s a simple strategy to track whether you’re giving feedback to anyone. Put four pennies in your left pants pocket at the start of the day. When you catch someone doing the right thing, provide him or her with some positive feedback. After that, give yourself some too by moving one of the pennies over to your right pocket. At the end of the day, check your pocket to see if you’ve moved all four pennies. If you keep after it, you’ll soon need more change.

It’s easier than ever to deliver feedback to individuals via voice mail, email, IM or text message. When you’re stuck in traffic, leave a voice mail for a co-worker telling her how much you appreciated her help getting the project done. You can always thank someone for doing his job well, coming into work each day on time and maintaining a good attitude. In fact, if you stop and think about it, there are countless things you can provide positive feedback on to your co-workers. Just avoid texting positive feedback and driving at the same time.

4) Know how to give feedback, where and when

One key to delivering feedback is that you genuinely believe what you are saying. That’s something that makes giving positive feedback tough. If you don’t believe what you’re saying, it’s better to avoid saying anything because the words will sound hollow. All of us come equipped with internal BS detectors. Those detectors have listened to someone tell us “you did a good job on that project” and heard “you did a terrible job, you brown-nosing son of a b****”.

When giving feedback, be specific, genuinely believe what you’re saying and say it as close to the triggering event as possible. If someone did a good job on the Browns account today, tell them today, not tomorrow or a week from now. If you’re providing someone with positive feedback, check their mood before giving it. If they’re grumpy or out of sorts, the feedback, most likely, will not achieve the desired result. If it’s negative, always do it one-on-one, respecting the person and yourself.

5) Feedback on the cheap

It’s today’s budget-conscious environment, no recognition and reward program is cheaper and more powerful than human-to-human feedback. Studies have shown that what employees value most in their jobs are 1) appreciation for the work they do, 2) being “in” on things (i.e., they know what’s happening at their company) and 3) help from their supervisor with personal problems. These things become even more important in an ESOP company working to sustain an ownership culture.

Show people appreciation by hand writing them a thank you note and leaving it on their desk to read the next morning. Send them an email or an on-line thank you card from Bluemountain.com, yahoo.com or some other card service. What about creating an employee-owner of the month parking space in a prime area of the lot? Get creative: there are countless things you can do to recognize people at almost no cost.

The beauty of positive feedback is anyone, anywhere, anytime can give it to another person. While recognition from your supervisor or manager is nice, in any company, especially an employee-owned business, they aren’t the only ones responsible for providing feedback. It’s your job too.

So, what are you waiting for, give someone some positive feedback today. Do it now to help build your firm’s ownership culture and make your ESOP more successful.