As a busy person constantly on the go, you make assumptions about all kinds of things, every day. In fact, you just made one about this article. 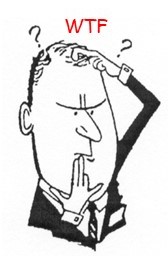 Do me a favor, park your assumption for a moment and instead ask a question: why would I — someone who has worked with employee-owned companies for more than three decades — connect ESOPs with the derogatory text phrase WTF? (If you’re unsure what it means, ask someone under 30 and prepare for vulgarity.)

The WTF link springs from Andrew Tarvin’s TED Talk about the Skill of Humor in the workplace. In it, Tarvin relates the tale of his 78-year-old grandmother learning how to send text messages. When he texted her about his trip to Switzerland, grandma sent him a surprising reply:  “Switzerland? WTF.” Curious about her use of, well, a non-grandma term, Tarvin called and asked if she knew what WTF meant. Yes, grandma replied, because her bridge partners told her WTF means “Wow, That’s Fun.”

Hence, the problem with assumptions.

Reimagining WTF
You can start changing ESOP roles and responsibilities “WTF” perceptions to “Wow That’s Fun” ones by replacing your employee-ownership assumptions with questions. Why use questions? Because, as you already know, assumptions reinforce preconceived notions and allow your ownership biases -— conscious and unconscious — to drive your thoughts and behaviors. Assumptions enable all of us to use incomplete or incorrect information to make choices, often wrong ones, and to create connections that don’t exist. In other words, they enable our poor behavior, bad decisions and just plain wrong ideas: as the cliché goes, they “make an ass out of u and me.”

Questions, on the other hand, force us to discard ESOP assumptions. Stephen Covey, author of The Seven Habits of Highly Effective People, notes that when we ask questions and seek to understand another person, rather than to reply to him or her, we begin to build a bridge. Questions open ownership doors that assumptions close. Of course, we must genuinely seek to understand what a person thinks or feels, rather than pasting on an “I’m interested” façade. We’ve all been “grilled” by people who fire weaponized questions at us to inflict damage and apportion maximum blame, instead of seeking to understand us or what happened.

Seeking to understand employee-owners’ roles and responsibilities
Rather than make assumptions about employees’ roles and responsibilities, Perry ProTech’s CORE Team asked the company’s 250 employees what they thought the behaviors and characteristics of employee-owners ought to be. Receiving several hundred replies, CORE Team members sorted them into categories, narrowing the responses to a Top 10 list. They then shared the list with everyone at the Lima, Ohio-headquartered business, asking for employee-owners’ feedback and comments. The result: Perry ProTech’s Top 10 list has become a linchpin of the company’s ownership culture. It’s printed on employee-owners’ business cards and displayed on posters at their locations. It’s also integrated into internal communications, the company’s CORE Team-sponsored annual meeting and new-hire ESOP orientation. 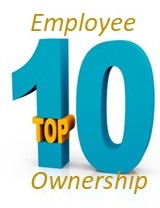 Given Perry Protech’s final product is similar to a list that a management team or the CORE Team itself could have developed, you could assume, like you did with this article’s title:  WTF was the benefit of all this? Wouldn’t managers’ ideas and assumptions of what employee ownership should mean have gotten the company to the same place without the investment of time, energy and resources?

Maybe, but probably not. Because the power of Perry ProTech’s Top 10 list lies in its people-focused process: CORE Team members asked the questions, rather than assuming they, or management, knew the answers. They listened to employee-owners’ thoughts and beliefs, seeking to understand, rather than dictating what they “assumed” the right answers were. The Top 10 list derives its strength and credibility from the fact that it’s everyone’s list, rather than the assumptions of a select few. “Our Top 10 list is a great representation of what employee ownership means at our company,” said Perry ProTech’s ESOP CORE Team Co-Chair, Mike Sams, “because it’s what all of us as employee owners believe.”

Beyond ESOP acquisition assumptions at Allied Mineral Products
As the Perry ProTech example illustrates, a common ESOP trap is assuming others understand employee ownership the same way that you do. We all come from different backgrounds and have different work and life experiences. Those experiences influence how we perceive everything, including the benefits of an ESOP. When Allied Mineral Products, an ESOP enterprise headquartered in Columbus, Ohio, acquired two new companies (plants in Alabama, the other in Oregon), it developed a customized training session to explain the benefits of the company’s ESOP (i.e., ESOP, what’s in it for me?) and what employee ownership means at Allied Mineral Products.

Rather than assuming new employees understood what it meant to be an owner, Allied Mineral facilitated a discussion where people shared their thoughts and beliefs about the rights and responsibilities of ESOP ownership. After listening to the ideas, Allied Mineral asked its new ESOP participants to define what it meant to be an employee owner, building a list of ownership behaviors (it resembled the ones developed during Perry ProTech’s Top Ten Process). New employees then considered how their ideas connected to Allied Mineral Products’ mission and core values. One of the company’s core values:  “engagement of all employees in the success of Allied”.

The key to the process was asking questions, rather than making assumptions. Listening enabled people to get on the “same ownership page” and recognize how all the company’s locations and employees are on the same ownership team. “We could have done the sessions ourselves,” said Allied Mineral Products’ CFO Todd Henry, “but we hired Workplace Development because we think an outside voice lends credibility to the training process, our ESOP and our culture.” Allied Mineral Products’ training  worked because it first sought to understand its new employee owners, rather than looking to be understood by them.

The next time someone says something that makes you think “WTF?”, rather than jumping to a conclusion, try asking a question like “what makes you think that?” or “can you tell me more about that?”. If you seek to understand, you may discover that what you assumed was an ESOP WTF moment is really an opportunity to help someone realize what it means to be an employee-owner. And helping someone see that transforms WTF into “wow, that’s fun.”

A version of this article originally appeared on Progress Daily’s website.