Skip to content
E.S.O.P. in the USA
Schedule a Call

Music, like ownership, moves people. Given that, what can Cherry-Bomb tossing, Authority-fighting musician John Mellencamp teach you about communicating the value of your ESOP? Here are four ownership communication ideas from the Rock and Roll Hall of Fame artist. 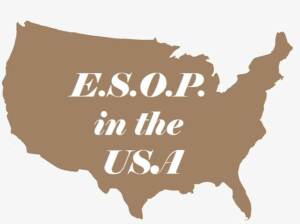 Mellencamp’s lyrics paint vivid pictures of average, hard-working people struggling to improve their lives and attain the American dream. Like all great artists, he’s a fantastic storyteller. Emulate his successful approach by communicating your company’s story, especially the “why” of employee ownership.

“We have a unique history,” said Mulberry Street Management Services’ President and CEO, Sharon Hayes. “We wanted employees to understand how our transition to employee ownership was the logical extension of our history, core values and beliefs.”

In addition to a formal announcement, Mulberry Street Management Services consulted with Workplace Development to create customized on-site rollout meetings. Their goals: reinforce why the company established an ESOP and train employee owners on their plan’s benefits. “We liked the energy, enthusiasm and ESOP stories Workplace Development shared,” commented Hayes. “Having an outside, professional communicator present our ESOP’s benefits and answer employees’ questions gave our plan credibility.” 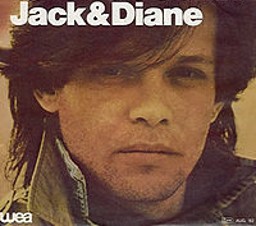 Jack & Diane was featured on Mellencamp’s American Fool, 1982’s top-selling album. It held the #1 spot on the Billboard album chart for nine weeks

“Jack and Diane,” the #1 single in America for four weeks in 1982, tells the compelling tale of “two American kids doing the best they can.” People relate to Jack and Diane; their story still resonates almost four decades later. To get people singing your ownership song, use examples personalized to your ESOP, company and employee-owners.

“One of the things that hit home with our employees were the share-allocation illustrations Workplace Development created as part of our rollout,” noted Joe Mellencamp, President of Cincinnati-based Beacon Electric (John’s brother, and, of course, the inspiration for this article’s theme). “When people see an example similar to their own situation, they start to understand how the ESOP can benefit them.”

As you develop and deliver your “little ESOP ditty,” avoid generic examples, canned materials and mass-produced handouts. Instead, make your communications a concert-level event by “crooning” about your company, ESOP and business. Sharing personalized examples of how your ESOP works and benefits Jack, Diane and all your employee-owners will help make ownership real. 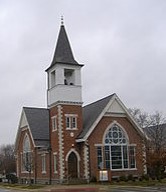 Unlike what one might assume from Mellencamp’s lyric above, his catchy tune describes the values, benefits and wonderful life one can lead in small-town America, not the downsides of living there. Even if your business isn’t located in a small town, share how the owners had a choice about whether to create an ESOP. They picked it because the ESOP was the best solution for them, customers, suppliers, employees and the local community. “Our owner could have sold to an outsider for more money and also avoided helping finance the transition,” noted David Wilson, Mulberry Street Management Services’ Division Director. “She chose an ESOP to benefit everyone and maintain our company’s independence and culture.”

It’s also valuable to share what might have transpired if the company were sold to a competitor, public company or venture-capital firm. “I don’t know for sure what would have happened if I had sold to someone else,” said Matt Wienke, President of Infoverity. “But, what I can tell you for sure is that things would have changed and, having been through that experience myself, most likely, not for the better. I didn’t want that to happen here.” Maybe, as Mellencamp says, owners who sell to an ESOP are “another boring romantic, like me.” If that’s the case, America could use a lot more boring romantics.

4) An (ownership) hand to hold onto

“Everyone needs a hand to hold onto, don’t need to be no strong hand, don’t need to be no rich hand,” sings Mellencamp in his hit of the same name. “While I agree with my brother’s message of teamwork and community, we discourage hand-holding here at Beacon,” chuckled Joe Mellencamp. “We, of course, encourage employees to help each other however they can. In fact, our ESOP supports our teamwork-focused culture because all of us succeed together.”

Employee ownership rewards the company’s long-term success. Efforts to grow teamwork and figurative hand-holding may not pay off in the short-term, but building empowered, informed, educated employee-owners certainly can produce positive long-run results. When employees “get it,” they know how pausing in their hectic days to invest time and energy helping co-workers succeed can pay future stock-value dividends. 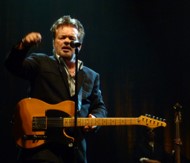 Keep on Rockin’ in the USA

Beyond his many 1980s and 1990s hits, Mellencamp has continued making music, including 2018’s “Other People’s Stuff” and the critically acclaimed 2017 release, “Sad Clowns and Hillbillies.” The Grammy-winning musician is also an accomplished painter.

His ongoing artistic endeavors illustrate how your company needs to keep telling its ESOP story and repeating the critical ownership message. Although you’ll communicate the same core information, “sing a different tune” to grab and hold employee owners’ interest. After all, a song like “Ain’t Even Done with the Night,” doesn’t transform into an earworm on the first listen. Nor do people buy in to being part of your ownership culture the first time they hear about your ESOP.

So sing your ESOP ownership song, sing it loud and sing it strong (even though that line paraphrases Carpenters, not Mellencamp lyrics). And keep on E.S.O.P. Rockin’ in the U.S.A.

****
John Mellencamp’s latest project, a Broadway Music based on Jack and Diane, will debut later this year. If you’re into ESOPs and music, please come to John Williams’ and my Vegas session where we’ll sing the song of ownership. Much worse, alas, than the Mellencamp brothers. Also checkout ESOP rocker Rob Zicaro’s work at www.robzmusic.com or here on LinkedIn.