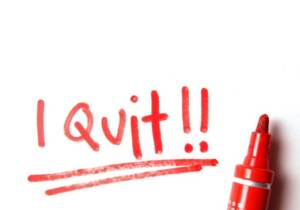 Quite the contrary. As Dave Fitz-Gerald, Janet Edmunson and I shared during the “Putting Yourself Out There” panel at the ESOP Association’s 39th Annual Washington, DC, conference: Winners quit all the time.

Lombardi’s story exemplifies the power of quitting. He attended secondary school to become a Catholic priest. He quit pursuing that career to play football at Fordham University. After graduating from Fordham, he played semi-pro football and quit. Then he went to Fordham Law School and quit after a semester. His father insisted he be able to support his family if he wanted to get married. So, to wed his girlfriend, Lombardi took a position as a high school football coach at St. Cecilia in Englewood, NJ. The rest is history.

The reality is, you, me and everyone else only has so much time, energy and drive to be successful. In today’s highly specialized world, if you’re going to be excellent at something, you need to invest more energy into “that” and quit other pursuits. The fashion designer, Vera Wang, illustrates the point. Although she first laced up her skates at age seven and became a championship figure skater, she quit competitive skating when she failed to make the U.S. Olympic team at age nineteen. “As hard as I tried and as hard as I worked, I never really achieved the level that I wished,” said Wang. “It was a very hard realization that since I was in my late teens, I was never going to get better. I wasn’t going to make the Olympic team, and there were younger skaters coming up. So I quit. And I think quitting was a sign to me that I failed.”

That, combined with strategically quitting a job at Vogue, ultimately helped Wang weave her fabric of success. No doubt, the skills, knowledge and determination she developed as a championship skater have served her well in the fashion world. The “hard realization” of knowing when to quit also proved essential to her success.

Ask yourself: Is there something you need to quit to free up time, energy and resources to enable yourself to be truly successful? Can you flip the script drilled into your head and, unlike Wang, see quitting as a step toward success, rather than as a failure?

Like Wang, other creators needed to quit to succeed. In the late 1970s, the Atari 2600 system became immensely 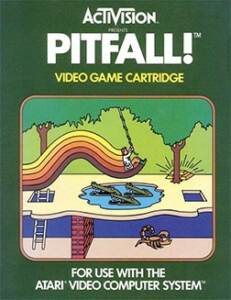 There are pitfalls to not quitting

popular as households tugged on joysticks and spun paddles playing video games like Combat, Breakout, Air-Sea Battle and Street Racer. Several Atari game designers asked the company to recognize their achievements in the way that record labels recognized and rewarded musicians. Atari’s management failed to see the programmers as artists, called them “towel designers” and said “anyone can design a cartridge.” Four of the leading programmers quit Atari and started their own video game company, Activision, which transformed the industry. It became the first independent game designer and attracted new talent because the owners recognized such talent. Those people, like David Crane, produced monster hits like Pitfall. Once again, to succeed, the designers had to first quit.

Last, but not least, because I’m a drooling Cleveland fan boy, consider LeBron James, the best basketball player on Earth and arguably one of the greatest of all time. James starred on the football field in high school; but he quit playing football to focus all his energy on basketball. James, as Northeast Ohio fans remember, infamously decided to quit the Cavaliers in 2010“taking his talents to South Beach” when he felt the situation in Cleveland wouldn’t allow him to reach his potential. However, two years ago, James quit Miami to return to Lake Erie’s “north beach” — much to every Cleveland fan’s delight. That move brought the area its first championship in half a century. If you’re keeping track, that’s three strategic quits by James.

We are not Mark Zuckerberg, Beyoncé or LeBron James. But, we can learn from them and the countless other examples of strategic quitting to win in other professions. The questions to ask are: What are you clinging to? Where do you continue expending resources? What’s stopping you from letting go of the thing, relationship or habit that continues holding you back? Only you know what that thing is. And only you can quit it.

For more information on how Workplace Development Inc. can help your company with strategic planning or leadership development to hone your winning strategy, contact Jim Bado at 419-427-2435 or jbado@workplacedevelopment.com