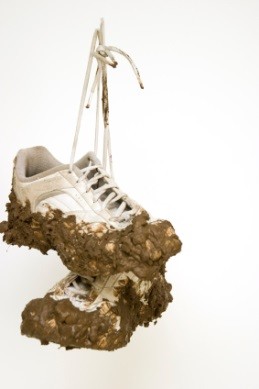 “I’m an owner now so I have a right to. . .” If you’ve heard people saying this phrase, your company may have stepped into the challenge of “ownership role” confusion. This messy misstep will slow down your organization and muddy the real benefits of shared ownership.

When employees became owners at a mid-sized manufacturing company we served last year, the leadership never imagined they’d be in this sticky mess. Like many companies, the transition to ESOP unleashed some excitement and hesitations. It also uncovered a chain of confusion about roles, unrealistic expectations and counterproductive debates.

Employees in the assembly department grumbled about schedule changes and the recent changes in the health care package. Why should employees have to endure these inconveniences? After all, they explained to their supervisor, “We are now the owners.” In frustration, the supervisor replied, “You aren’t owners, you are just shareholders.” Did the supervisor clear up the confusion?

In the office, several salespeople chatted about how the law would require an annual shareholder’s report that included disclosure of top executive salaries. The CFO — in an effort to clear up the emerging problematic rumor — told the group talking that they were beneficiaries of a trust fund and not real owners. Did she clear up the confusion?

The CEO wondered if his initial letter to employees set fire to this strange version of entitled “ownership” thinking. Frankly, the executive team was excited about the possibility of employees thinking and acting like owners. They had heard all about the performance benefits of having an ownership culture. They wanted to unleash the passion of ownership at the job level but were concerned that using the word “owner” sent the wrong message. The CEO decided he would begin using the term “stakeholders” instead. Did he clear up the confusion?

Each of these people recognized a need for clarity. Each knew that ownership perceptions were causing a problem, but none of the solutions were completely adequate. Even worse when each leader implemented his/her own solution, the actions they took often added to the confusion and frustration. Expectations about ownership roles go much deeper than word choice and facts.

Ownership is highly valued in our culture. You might say it is a loaded term. It is often accompanied by intense sentiments and unspoken expectations. That’s one reason it can be such a powerful incentive. Unfortunately, none of the common ownership models are easily transferable. ESOP owners are different from sole proprietors, partners in a professional firm, passive public stock owners, investors, family owners or even those with stock options in a public firm. Just to add to the complexity, each ESOP-owned company is likely to have a slightly different approach. You probably can’t successfully borrow a definition from some other firm; you have to build your own.

If you’re hearing the confusion about roles in your company, don’t worry—it is not a sign that you said the wrong words. Those expectations are part of our American culture. Instead, consider it an opportunity to define and clarify ownership at your company. People will do better in their daily work if they can “give up” their old ways of looking at ownership and replace them with the new vision you create for what ESOP ownership means at your company.

For more information about how Workplace Development, Inc. can help your company effectively communicate the benefits of your ESOP, contact Cathy Ivancic at 330-896-7285 or civancic@workplacedevelopment.com.