Unlock the hidden treasure of your mature ESOP 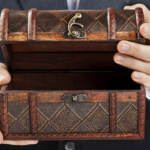 “Employee ownership is so much a part of our culture, it is routine. But when things are routine we don’t always appreciate them,” says Bill Chambers an internal trustee for the Employee Stock Ownership Plan (ESOP) at Anvil Corporation in Bellingham, WA. The ESOP can be a hidden treasure in mature ESOPs like Anvil – a 100% ESOP providing full-service engineering, design, procurement, and project management services. Anvil’s ESOP has enjoyed a strong history of growth in account balances since its establishment in 1996.  However, this track record of success won’t eliminate the never- ending challenge of effectively communicating the plan.

If you’ve had your ESOP for more than five years you probably found a routine in ESOP communication. Last year the internal trustees at Anvil Corporation implemented a strategy for proactively exposing more of the hidden gems of ESOP ownership in their company. Workplace Development worked with the trustees to develop a month-by-month ESOP Communication Plan. The group approached ESOP Communication in a new way. As part of the plan, we helped the Anvil trustee group to develop custom communication tools so that others in the company – like managers— were better equipped to help the three-person trustee group connect with more than 400 ESOP participants.

Anvil doesn’t have the luxury of running extended events that will take away from time needed for client work. The internal trustees have the responsibility for ongoing ESOP communication in addition to their fiduciary role as trustees and on top of their regular position with the company. As a group they attend conferences keeping up-to-date on the technical side of the plan. Traditionally the trustees have also taken the lead on ESOP communication: explaining the annual valuation to participants, running segments of semi-annual meetings, and answering participant questions. Just like many leaders and ESOP communication committees in other ESOP firms—they want their initiatives to strengthen the company’s ownership culture in addition to explaining the benefit.

“The ESOP is a great additional benefit for us; but it is so much more than that! The ESOP is a key part of our client-centered culture,” explains Lesley Shum, one of the internal trustees. “If we only explain how the benefit works, we might miss the boat on sustaining our culture because we didn’t talk about what it really means to act like an ESOP owner at Anvil.” The ESOP Communication Plan implemented last year went beyond just explaining plan provisions including:

At Workplace Development Inc. we often hear our mature ESOP clients talking about how those who are in the later stages of their career – those who actually “get it”— remain silent on the cultural aspects of shared ownership. Participants have no reason to talk informally about how unique and powerful a culture of shared accountability and shared rewards is. Long-time employee owners need an opportunity to share what they know – to remind themselves and others of the unspoken treasures of ESOP ownership. If your main communication about the ESOP is a voluntary group meeting one time a year, it is very tempting to emphasize the potential “pot of gold” at retirement. After all, that’s the “news” of the day and those who come voluntarily probably want to hear this information.  What about those who don’t get a statement the first year or those who don’t come to these meetings? Are they hearing about the ESOP’s benefits?

The Anvil trustee group decided to be more proactive and strategic in reaching those who need to know that ESOP ownership is a long-term treasure; it is valuable both for those nearing retirement and those just starting out with the company. Below are two examples of a strategic ESOP communication initiative that were part of their Plan.

Connect with New Participants
Anvil’s ESOP plan design has a unique provision called “starter shares.” New participants receive a special allocation of shares in the early years. The provision – designed get the newest employees engaged in the ownership culture early – is only effective if employees hear about it and recognize its purpose. Fact is, long-time ESOP participants don’t have a lot of reasons to informally remind new participants about this special provision. So the conversations may not happen without a nudge. Anvil’s ESOP Communication Plan encouraged managers to remind everyone about “starter shares” and to focus on the ESOP’s real-time significance of attracting the best employees who think and act like owners.

Link ESOP rewards to job-level experience
Like any well-run company, employees at Anvil have goals for meeting client needs, department objectives, and company-wide business goals. The Anvil Trustee’s ESOP Communication Plan encouraged managers to illustrate the links between job-level activities and the company’s ESOP. The Communication Plan put words on the important – even if unspoken — truths about the business benefits of being an ESOP company. Maintaining safe working conditions, meeting client expectations, and being conscious of your impact on the business overall are part of “acting like an owner” at Anvil.

Mature ESOP companies will eventually reach a point where it is time to dust off the old routines to bring a new shine to ESOP Communication. With an ESOP Communication Plan – Anvil trustees were able to jump start that process. They developed tools for more regularized ESOP communication and delegated activities to new internal communicators. This multiplied their impact and started the process of bringing more people into the conversation. Ken Garcia, the newest addition to Anvil’s trustee group commented on the handouts managers shared, “when we received the ESOP information each month, it was a reminder of what is easy to forget: we are part of something bigger because we are an ESOP company.”