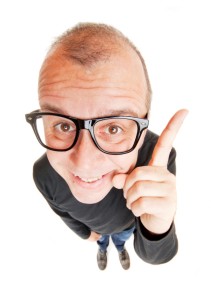 “The reactions we were seeing made no sense at all,” declared the V.P of Operations at an ESOP-owned service firm. “Employees were receiving contributions of more than 30% of their pay, stock value was going up, and yet we heard employees complaining bitterly about ESOP ownership.”  Ownership confusion and unfounded suspicions were distracting and damaging. Even worse, it was the most financially savvy people – the thought leaders in the company –   who were expressing these sentiments.

In frustration, the leadership began to question their decision to put in an ESOP.  The executives asked, “What have we done wrong? Did we oversell the ESOP? Should we have been more careful in our initial communication?”

It is a year later and now the same executive team beams with accomplishment. “We  really put that problem behind us,” says the same V.P. referring to an issue that  seemed insurmountable 12 months ago. “I don’t hear any of the grumbling about decision making or disclosure because managers are equipped to address the fears and concerns.”  Workplace Development’s Roles and Responsibilities of Ownership coaching process accelerated the development of ownership thinking.

Did executive leaders cause this problem to begin with?

These executives  did not  do anything  wrong, the problem stemmed from the fact that ownership means different things to different people.  While they didn’t cause it, executives had to repair it. Confusion about ownership roles was affecting performance.  If the company was going to enjoy all the motivational benefits of being ESOP-owned, leaders had to have the skills to tackle the misperceptions.

Many ESOP-owned firms face similar reactions at some point in their development.  Smart financially-minded participants feel like they understand ownership because they are familiar with ownership models like sole proprietorships, public company stock, partnerships, passive investors and/or family ownerships. Each one of these forms of ownership have their own distinct rights, roles, and responsibilities. And ESOP ownership roles are distinctly different from all these models!

Employees need to let go of what they “think” they know, before they can fully understand. Facts about ESOP ownership are necessary (but not sufficient) for repairing this perceptions gap. Companies facing this issue have almost always made a very good effort at sharing the facts. They told them that Employee Stock Ownership Plan (ESOP) not direct ownership. They explained that it is “beneficial ownership” in which – technically speaking – participants are the beneficiaries of a trust fund.  But a simple recitation of the facts and legal realities— can not eliminate the confusion when participants believe they have facts (albeit erroneous) to the contrary.

Workplace Development has helped dozens of executive teams to take control of their ownership vision.  With leadership coaching and a custom “Roles and Responsibilities” workshop, managers  learn the facts and, more importantly, a process for helping employees move from misperception to engagement.

Confusion about ESOP ownership roles can sometimes be painfully distracting. However, if you take the right action, it can be an opportunity to get to the next level in building your ownership culture.

For more information about clarifying “Roles and Responsibilities” in your company contact Cathy Ivancic at civancic@workplacedevelopment.com or 330-896-7285.