Skip to content
Plan Design for Building an Ownership Culture: Distribution (aka Show Me the Money!)
Schedule a Call

Plan Design for Building an Ownership Culture: Distribution (aka Show Me the Money!)

Distribution, to state the obvious, is a major component of how your ESOP operates. But have you considered how your distribution policy influences people’s perceptions of the value of employee ownership? And how those perceptions impact the creation of a successful ownership culture?

In our last article, we explored how the federal minimum participation rules can hurt recruitment, retention, and culture. And, conversely, we looked at how changing them can enhance your ownership culture (you can read it here). While those elements are important, to win the competition for the talent, it’s critical to carefully consider the end of an employee owner’s journey, too. 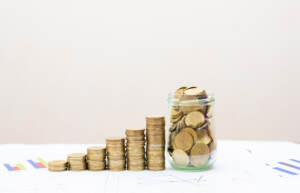 Distribution, as you probably know, is when an employee is paid the value of his or her ESOP account. Distributions typically occur after separation of employment; participants who meet the plan’s definition of retirement are often paid quicker than those who leave at a younger age. And that’s the first question you ought to ask: How does the plan define “normal” retirement?

Culture caveats created by the common definition of normal retirement

Many ESOPs stipulate that normal retirement age requires someone to be 65 and have at least five years of participation in the ESOP. Given 65 is the standard retirement age in America, there’s no need to discuss that. But the five years of participation requirement is worth examining from an employee’s perspective. The provision adds an extra layer of protection for paying acquisition debt before you have shares to repurchase. It is worth making sure this protection is needed.

Imagine you are 62 and have worked for a business for twenty years. You’ve been participating in the company’s benefit programs and utilizing them to build a retirement nest egg. Then, one day, you attend a meeting and learn that the company has implemented an ESOP, maybe even transitioned to 100% employee ownership.

While you certainly won’t depend on the ESOP to fund your upcoming retirement, it will put some unexpected icing on your savings cake. But then you learn that your planned retirement in three years at 65 won’t meet the ESOP’s definition of “normal retirement” (because you won’t have five years of plan participation). Instead of becoming 100% vested and paid your ESOP benefit the year after retirement, you will be subject to the plan’s vesting schedule and may not receive payments until the sixth year after you leave or, at many ESOPs, the longer of that or until the internal loan is repaid (more on this later).

What seemed like a wonderful surprise — an additional benefit to supplement your golden years provided at no cost to you — has some unexpected strings attached to it. The strings, in fact, can be perceived as arbitrary by veteran employees. You planned to retire in three years, but now, if you want to receive the ESOP’s full value, you need to stay two more. What may seem like a good idea from a design perspective (i.e., we don’t want to reward short timers), leads to the unforeseen consequence of harming valuable, long-term employees. Instead of being excited and thankful to receive the additional benefit, a person in this situation may perceive the ESOP’s design as unfair.

This is a common scenario in many new ESOP companies. Employees close to retirement do not receive the full benefits of employee ownership. In other words, rather than a short timer appreciating the additional, unexpected ESOP benefit (wow, a retirement bonus), they’re focused on seemingly arbitrary rules that prevent them from receiving the full value of it. This can create a less than positive attitude about the ESOP that negatively impacts the opinions of other employee owners.

The benefits of removing five-year plan participation requirement from your ESOP’s definition of “normal retirement” outweigh the perceived financial negatives. Employees who are close to retirement will receive just a few years of share allocations, and the value of those shares will still be relatively low due to the debt on the company’s books. While the financial cost is minimal, the cultural impact of paying them the entire value of their ESOP account can be quite large. They may talk to younger employees about receiving a benefit they never thought they’d get and (we’ve heard this many times) make statements like, “I just wish this ESOP thing would have been started twenty years ago. You’re lucky you’re still young, you’ll really benefit from this.”

Someone who receives only part of his or her account after a six-year wait, via installment payments (or has to wait until the internal loan is repaid), does not say those positive things. We repeat, they do not say them. In fact, they can say the exact opposite, which can poison the challenging work of building an effective ownership culture.

But what about ESOPs that have been around long enough to pay off their acquisition loans? Does it make sense for them to change these provisions, too? Yes. Because in the fight for talent, you want to offer veteran employees something that distinguishes you from the competition. Telling a skilled, valuable 62 year old that they can earn some bonus ESOP benefits can be the thing that leads him or her to work for you instead of for the competition.

Delayed distributions related to repayment of the internal loan: Really worth it?

Another fairly common plan provision requires separated employees to “wait the longer of six years or until the loan is repaid” before becoming eligible to receive a distribution. This language is designed to minimize payouts to terminated employees and, conversely, maximize the company’s cash flow/ability to repay the initial transaction debt. This requirement is linked to the internal loan, as long as 50 years in some plans, not to the external debt.

On the surface, this seems like a good idea (i.e., why would we want to pay benefits to separated employees, especially when we need every dollar to repay our loan?). But, on closer examination, is it really worth the time, energy and effort to delay these distributions for more than the normal six-year waiting period? Does it generate that much additional cash flow for the business? We don’t think so.

These distributions are relatively small in the first 5–10 years of the ESOP. People haven’t accumulated many shares and, because of the leverage, stock value remains relatively low. Doesn’t it make more sense to pay a terminated participant out in year two, for example, rather than giving them years of significant appreciation (due to debt repayment) that they did nothing to earn? That value ought to go to people still working for the business, not those who have left. In addition, there are administrative costs and hassles related to tracking terminated employees. Do you want to spend time, energy and resources on that, rather than your current employees who are making your company more successful every day?

In practice, we find that most ESOPs hardly ever delay distributions until the internal loan is repaid. They generally waive the delay after repaying the external bank and seller financing — in many cases in about ten years. If you have this distribution delay provision in your plan, we recommend you eliminate it when you do your next set of plan amendments.

Incorporating in-service as a talent-retention strategy

Sometimes, a valuable employee retires just to start receiving his or her ESOP benefit. Because of this, adding an in-service distribution provision to your plan is worth considering. Similar to diversification, an in-service distribution option enables someone still working at the company to receive some or all of his or her account balance. Companies can make this option available when an employee-owner reaches normal retirement age or at any age before or after that.

Since offering in-service distributions is not required by law, companies have control over all aspects of these payouts – as long as everyone is treated in a non-discriminatory manner. The amount the employee is eligible to receive is up to the company. It can be any percentage, up to 100% of the participant’s vested balance. Similarly, the payout itself can be structured however the business likes. For instance, the payout can be in a lump sum or follow the five-year installment schedule (20% per year over five years) that many ESOPs utilize. And, as long as the employee meets the annual participation requirements, plans that provide in-service distributions also continue making allocations to the employee receiving the benefit.

The reality is that the ESOP is obligated to pay the employee anyway, so why not keep a valuable person on staff, rather than “forcing” them to retire to receive their payout? Because they are receiving distributions while still working, the process illustrates to everyone that the ESOP, in fact, is real money. What could be a better example of the value of employee ownership?

What about extra diversification and hardships?

While adding in-service distributions provisions can bolster your ownership culture and retain talent, we don’t recommend offering hardship distributions. Such payouts are common in 401(k) plans, allowing participants to access the money they put into the plan in case they need it to overcome financial hardships. This safety valve can encourage employees to save for retirement by reducing their fears of never being able to use the money. However, since ESOP participants did not contribute their own funds to their account, the same reasoning doesn’t apply. Additionally, someone at the business must determine who really has a hardship and who doesn’t. In our experience, this is a can of worms that is better left closed.

Not many companies adopt an early retirement option for their ESOP because it can accelerate repurchase obligation. However, we feel a provision like age 60 with at least 10 years of plan participation doesn’t increase repurchase obligation dramatically. This, in fact, is another instance where perception can be more important than reality. If you had an age 60 plus 10 years of participation early retirement provision, would employees jump ship or would most stay to 65 anyway? Companies that offer early retirement can tout this special benefit to their employee owners to demonstrate how much they value their long-term workers. It can build more credibility for the value of employee ownership and strengthen your culture.

To sum up, here are our distribution suggestions to improve the perceived value of your plan and its impact on your ownership culture:

You’ll need to consult legal counsel, of course, to make any of these changes. And, if you decide to implement them, make sure you communicate the good news to your plan participants. Because if they don’t understand the plan and how it benefits them, you’re missing out on maximizing the powerful benefits of employee ownership for improved productivity, performance and profitability.