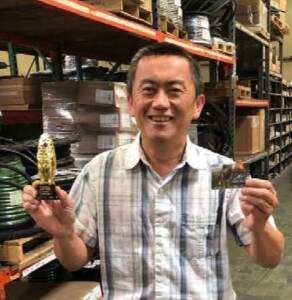 When a company transitions from being traditionally owned to employee-owned, it’s perfectly normal to run into some resistance, skepticism and confusion among employees at every level. And that can make it more of a challenge to develop an ownership culture and mindset.

While corporate growth is a good thing, the executive team realized its employee-ownership culture wasn’t being tended to. After all, a strong corporate culture is key to maintaining a strong business.

Chuck Hranac, corporate IT manager and ESOP Communications Committee chair, says the executive team recognized they could do better at communicating at the local level and counter some of the hesitancy and misconceptions surrounding their ownership structure. The solution: an ESOP Advocacy Group as an offshoot of the committee. With all the recent mergers and acquisitions, plus key leadership changes, it wound up being an ideal time to create such a group.

Launched in January 2018, the group is comprised of one advocate per branch, each of which is relatively small at less than 15 employees. They’re entrusted with promoting an ownership culture and being the point people for employee-owners to get consistent, accurate information about the ESOP. Committee members selected the first group of advocates they knew would be committed and had done a great job for the company.

For Aaron Piper, president of HCI, the need for the ESOP Advocacy Group is vital in conveying the ownership culture. “For us, the big thing was disseminating the information to new hires quicker and more efficiently — the trickle-down theory didn’t work,” he says.

He said the onboarding process will be key. “Our history was to hire someone then have them shadow an employee, which is great for a job function, but it doesn’t convey the employee-ownership culture,” he says. “We now have onboarding packages that include information about the ESOP.” Advocates will be fully coached on this to standardize and streamline the new-hire process.

“We entrust the advocates to be leaders,” says Piper. “It gives them sense of ownership and excitement that we didn’t have before.”

Their role goes beyond being a source of information and branch leaders. Advocates are invited to submit article ideas and share branch news with other locations through the regular newsletter produced by the Communications Committee. They’re also encouraged to suggest and run local activities to get everyone participating. Recent events have ranged from cornhole tournaments, to a community rally to help families with disabled children, to assisting with a benefit to raise money for victims of last year’s California wildfires.

This has contributed to a growing sense of camaraderie not just within individual locations, but across the branches.

“We’re getting to know how they work, how they function, their ups and downs,” says Hranac. “The monthly advocate meeting is developing a family bond.” There’s a greater sense of supporting each other that translates into “company togetherness,” he says.

It was at HCI’s first company-wide event held in Los Angeles in February 2019 that Piper saw the employee-ownership dynamic begin to take shape. “I love technology — webinars, PowerPoint presentations — and the communication it enables, but nothing replaces face to face,” he says. He saw them interacting and asking each other questions without reaching out to the executive level. They were sharing information and having conversations as owners. “The event was a huge success,” says Hranac. “They were excited to meet everyone they’d been working with all year,” he says. Everyone unanimously voted to make this an annual event.

A year-and-a-half in, there’ve been challenges to overcome as you might expect during leadership changes and the addition of new functions for those in the ESOP Advocacy Group. “They’re still learning how to be advocates,” says Piper. “We’ve never done this; they’re learning all this for the first time.”

Piper has a rather organic way of assessing their success in helping build HCI’s employee-ownership culture. “It’s not so much hitting a quantitative number, it’s more of a ‘feel’ to me: Do I see camaraderie? Do people know each other? Do they understand value of the ESOP and the value to the customer?” he says. “Everyone plays a role in the quantitative aspect; the advocates help grow the culture, company morals, ethics … how do we get along … how we understand the goal and vision of where we’re going.”

Hranac and Piper credit much of the success and progress of the ESOP Advocacy Group to Cathy Ivancic of Workplace Development, Inc.

“If you’re going down a road she’s seen before, she can tell you the pitfalls, but she doesn’t tell you what to do,” says Piper. “She provides information that is real, you can use it to react. Cathy’s watched so many companies go through these changes, and that helps take some of the fear away.”

“I’m hopeful advocates will understand that when something negative happens they’ll be guides for other employee-owners like Cathy is for us,” he says. “Being an advocate is not a one-year deal, it’s a future-of-the-company deal.”

To jump start the impact of your ESOP communication team contact Cathy Ivancic at civancic@workplacedevelopment.com or 330-896-7285, extension 101.