Deploy the Ownership Advantage to Recruit and Retain Employees 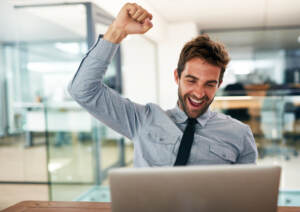 With unemployment at the lowest levels in sixteen years, it’s no secret that it’s getting harder to recruit and retain talented employees. Employee ownership gives you a clear recruiting and retention advantage, but only if employees understand it.

Are you making the most of your ownership advantage? To deploy your ESOP as a recruiting and retention tool, integrate these three practical ideas into your written, electronic, video, and face-to-face communications.

1) Communicate its uniqueness
ESOPs are a rare and valuable benefit. When you participate in an ESOP you are part of something special. The National Center for Employee Ownership (NCEO), a not-for-profit research organization in Oakland, estimates there are only 7,000 ESOP companies in America (Small Business Administration estimates 11 million small companies in the US).

Do your current employees realize how unique it is to participate in an ESOP? How unlikely another company is to offer the same ownership opportunity? The same holds true for people you’re trying to recruit. Unless you educate potential hires about your ESOP, they won’t know how unusual it is.

2) Compare and share the cost of no cost
Another special ESOP feature: it’s usually provided to employees with no out-of-pocket cost. That positive fact, alas, can also create unwarranted skepticism (i.e., “no one gets something for nothing”). As most people know, one must contribute his or her own money to participate in a 401k. But, unless you compare your ESOP (no cost to participate) with the typical 401k (cash contribution required to participate), most people won’t recognize and appreciate the difference.

According to the Pew Research Center, only 49 percent of private-sector workers participate in a company-sponsored retirement benefit. The average ESOP contributes 6-8% of an employee’s annual wages to the plan, compared with 4% to a 401k. You, of course, should use your plan’s historic numbers to illustrate how employees’ benefit. Once again, don’t expect people to know the facts: you’ve got to communicate them.

3) Capitalize on your firm’s ownership culture
Most people get a job because they need money. They stay when a job meets both external (money/benefits) and internal rewards. Your ESOP is a great tool to build an ownership culture that rewards people both monetarily and intrinsically. Don’t forget to communicate the internal (intrinsic) rewards of an ESOP in addition to the financial rewards. You can do this by:

b) Creating open communication channels and opportunities for involvement
ESOP firms that value employees’ ideas, opinions and input are much more successful serving customers and growing the business than those, both ESOP and conventional, that don’t.

c) Delivering praise, recognition and feedback
It costs nothing to say thank you for a job well done. Some people believe only managers or supervisors can provide positive feedback. That’s not true. In many successful ESOPs recognizing a co-worker’s contribution is considered part of “acting like an employee owner.” What is your company doing to build and sustain an environment that fosters an ownership culture?

d) Promoting your culture of shared rewards
If sharing rewards is part of who you are as a company, communicate it! This atmosphere of sharing tends to extend beyond retirement savings in ESOP companies. A 2017 study by the NCEO took a deep dive into the Bureau of Labor Statistics data on younger workers in the first few decades of work. The study found that those starting out working at ESOP-owned businesses tended to fare better than those in non-ESOP companies in terms of pay, job stability, and other benefits (like child care, flexible schedules, tuition reimbursement) in addition to the ESOP’s dramatic impact on their overall household wealth.

If you’d like to learn how Workplace Development Inc. can help your company to communicate the employee-ownership benefits to enhance your recruitment and retention efforts, please contact Jim Bado at jbado@workplacedevelopment.com or 419-427-2435.