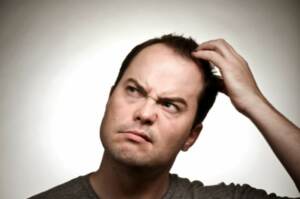 To project future account balances or not?  That is the question.

Some people believe projections of future ESOP account balances make the benefit more meaningful today. Others see them as the proverbial “subway third rail” of ESOP communications; something to never be touched (i.e., stay away unless you want the equivalent of fiduciary electrocution).  Maybe you’ve gone back and forth on which camp you’re in.  A recent encounter with a successful ESOP company illustrates a dilemma of sharing ESOP account projections.

“A long-term employee retired last year,” said the company president as we sat in his office. “And we made a quarter-million-dollar ESOP payout to him.”

“You’d think so, but the next week, the guy’s wife said she wanted to see me. She sat in the chair you’re in and started crying.”

“Because she was happy?”

“Quite the opposite, unfortunately, he said.”When the ESOP began — before I started here — the former owners gave everyone individualized projections showing what their accounts might be worth in 25 years. She kept the paper and showed me the projected million-dollar account balance. She wanted to know why her husband got only 25 percent of what he was promised. Of course, there are a lot of reasons why the company didn’t hit those numbers.”

“Bottom line: it’s the first time I’ve handed someone a check for a quarter million dollars and they’ve been disappointed,” he commented.

Even more discouraging, because the ESOP was 100 percent company-funded, the employee received it as part of his job. Like with most ESOPs, he paid nothing for the additional benefit. If he had worked somewhere else, he probably wouldn’t have received a quarter million-dollar retirement check. That salient fact, alas, disappeared because of the unmet expectations created by the account projection.

To share account projections or not is a dilemma many ESOPs struggle with, whether or not they’ve heard a story like this. A projection of the future often isn’t recognized as a guess. Its akin to saying to your family “I’m thinking we might go to Disneyland this year.” The family misses the whole “I’m thinking about” part of that sentence as they imagine themselves strapped into a Space Mountain rocket ship roller-coaster car.

Given stock value can rise and fall like a roller coaster, should you share ESOP account projections? If you distribute them and the often bumpy ride of the economy leads to the company not hitting its numbers, you may experience something similar to this story. If, however, you chose not to make them, you’re missing an opportunity to create a dialogue about the potential of ESOP ownership. You’re not taking advantage of a major opportunity — one that can help employees buy into the ownership concept and engage them in creating a profitable, customer-focused culture.

Fortunately, it’s not an all or nothing proposition. There are a variety of strategies you can employ to communicate your ESOP’s potential without grabbing the ESOP projections third rail. The key is deciding what you want to communicate about future stock values and selecting the right approach before you start sharing future account balance projections.

1) Share other ESOP company examples (good, bad and ugly).
2) Follow WDI’s “Four Rules of Engagement” in projecting account balances.
3) Create tools that enable employees to use their own assumptions.
4) Run different scenarios (guesstimate the value) in a game-style format.
5) Focus on how people impact stock value in the daily jobs (the power of a dollar).
6) Illustrate how actions today drive company value in the future.

Combining these ideas with an active communication, education and employee engagement effort can help your company get more out of sharing ownership. Once people understand how the plan works and its potential for them, their co-workers and the company, you can engage them in building a company that can reach its projections and enable them to earn a benefit they would not achieve somewhere else.

If you’d like your employee owners to have more awareness about the future potential of your ESOP contact Jim Bado at 419-427-2435 or jbado@workplacedevelopment.com.