Skip to content
Hey, Employee Owner: Do You Know Your Role and Responsibilities?
Schedule a Call

Hey, Employee Owner: Do You Know Your Role and Responsibilities? 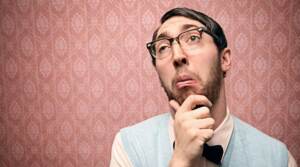 If you asked three people at your company what their roles are as employee owners, what answers would you hear? More importantly, would the responses be the same or even similar? At some ESOP firms, the answer to the last question is no.

That’s because defining employee owners’ roles and responsibilities is an ongoing challenge. But it’s a critical issue to address because employees’ understanding of their roles and responsibilities is an essential building block in the foundation of your company’s culture. Unfortunately, if you haven’t invested the time, energy and resources to do it, people will define it for themselves. Those definitions may wander far afield of your ideas and harm your culture, rather than enhance it.

At the ESOP Association’s Las Vegas Conference in November 2017, Peter Jones of ESOPPlus, Chris Cooper of the Ohio Employee Ownership Center and I facilitated an interactive session on “What Does It Mean to Be an Employee Owner: Defining Roles and Responsibilities.” (If you’d like a PDF version of the full presentation, email jbado@workplacedevelopment.com.) Here are four practical things we discussed that are important to consider when defining what it means to be an employee owner at your company.

1) Different perceptions
Our upbringing, experience and current position all influence how we perceive what it means to be an employee owner. Based on those experiences, we bring different ideas to the table. While some may perceive employees’ role as taking on more responsibility, accountability and interest in the company’s success, others may see things differently: ownership, for example, means having more of a say-so about how we do things.

As America’s workplace becomes more diverse, people will continue seeing things differently, including what ESOP ownership means. Those differences are both an opportunity and a challenge for your company. No matter where employees’ ideas originate, their perceptions — which may or may not be in alignment with yours — are real. Creating a common perception of employee ownership (i.e., getting people on the same “ownership page”) is an important component to your company’s success as an ESOP.

2) Legal reality doesn’t match people’s perception
The legal reality of your ESOP plan (i.e., employees are beneficial owners of a stake in a retirement trust) is unlikely to set anyone’s passions for improved performance on fire. Another part of the legal reality is that ESOP ownership is different from the kind of ownership people are familiar with like public stock ownership and individual ownership, like owning your car or house. This creates confusion, rather than engagement in company success. Successful communication about what ESOP ownership means will bridge the gap between the legal reality and what you want ESOP ownership to mean at your company.

4) Involvement in clarifying roles generates buy-in
In any change process — like moving from a culture where people think like hired hands to one where they act like owners — being involved in the change process creates more buy-in for the outcome. Frequently our consulting work involves helping companies to clarify and define ownership roles. Our interactive tools and approaches make it easier for management teams and committees to engage people in thinking about what ownership means and what it should mean. When you get people talking about ownership, they discover how their individual perceptions (or misperceptions) help or hinder their most important job-level roles as an ESOP owner. With two-way communication on the topic, ESOP participants discover specific actions, behaviors and attitudes that represent employee owners’ roles and responsibilities at their company.

Ownership is a powerful word in America and people have different perceptions of what it means. Investing the time, energy and resources to define the employee owners’ roles and responsibilities will make your ESOP a positive force in your company’s success.

If you’d like employee owners at your company to have a more meaningful understanding of their role and responsibilities in an ESOP, contact Jim Bado at 419-427-2435 or jbado@workplacedevelopment.com to learn more about how Workplace Development Inc. can help.