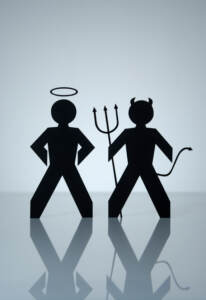 An old African proverb states, “a wise man does not jump into the water with two feet.”  Unfortunately, when it comes to starting an ESOP Committee, most firms eagerly jump in with two feet only to find that the water is both deep and murky, the surrounding jungle full of pitfalls, and that they have committed the first deadly sin:  enthusiasm overruling planning.

Somewhere deep in the jungle of ESOP knowledge, beyond the lines of IRS code sections and outside the confines of the mysterious “private letter rulings”, lie the secrets of building a successful ESOP Committee.  If you have already started an ESOP Committee you can rescue it.  If you are thinking about starting one, these points will help you to harness your enthusiasm and plan the committee’s development to avoid the pitfalls that bedevil many ESOP Committees.

Deadly Sin #1:  Where, oh where, is management in the process?

There are several things you need to consider in organizing the ESOP Committee.  Some are obvious, like, who will be on the committee and how will we select ESOP Committee members?  Some, however, are not so apparent, like, who ought to be involved in selecting members and how can we integrate the ESOP Committee with our current corporate structure and communication process?  Most firms do a good job on the first two, passably on the third and miss the boat on the fourth.

When forming the ESOP Committee, there is generally an interest in widespread representation.  This serves a two-fold purpose:  greater legitimacy and better communication of the committee’s results to employee owners.  At a company with multiple locations or divisions, representation from each site is a plus.  Where the process often breaks down, and companies commit the second sin, is forgetting to include division managers/department heads anywhere in selection or participation.

Being divorced from the process, leaders have trouble supporting it.  Instead of seeing the ESOP Committee as something that will complement their internal communication efforts, “excluded parties” perceive it as a communication loop that is closed to them.  Exclusion of leaders, whether perceived or real, generates a subtle lack of enthusiasm for the ESOP Committee’s efforts, slowly undermining its credibility and effectiveness.   Developing the right approach for involving leadership your company cannot come from a handbook or a manual, it is a process that is build around your company’s unique culture and the purpose of your committee

#2 Representation on the ESOP Committee and the Second Sin

Deciding whether you elect or appoint ESOP Committee members ought to be based on two things:  your company’s culture and the role of the ESOP Committee.   There is no specific recipe for success, you have to cook it up yourself.

By-laws borrowed from another company will not ask the hard questions.  When you have the right representation and selection process for your company, you will avoid another deadly sin, which is the ESOP Committee being perceived as “just another dog-n-pony show.”  After identifying the right approach for your situation,  remember that most companies appoint members to the ESOP Committee for one to three year terms.  The more proactive firms develop specific criteria that ESOP Committee members must meet to serve, providing the committee with greater legitimacy.  Educating employees about the role and purpose of the ESOP Committee, so that employee owners know what issues to take to it, enhances committee effectiveness.

#3  Role and Function of the ESOP Committee

This is where most ESOP Committees self-destruct, despite the best intentions of all parties involved.  ESOP Committees must – and I mean must – set clear goals and objectives for themselves.  Have a mission – you bet.  Set priorities – uh huh.  Develop action plans for implementing projects – yep.  If leaders and the ESOP Committee do not agree on the ESOP Committee’s purpose, you’ve committed the final deadly sin and one of three things will happen.

2) Committee members will become frustrated, disillusioned and cynical, with most quitting;

3) The Committee will set its own goals and priorities, which may or may not be in alignment with corporate goals.

Worst-case scenario (which has happened at several companies):  with no clear goals or mission, the ESOP Committee begins addressing business issues and areas where it has no authority.  Its ideas are good, but it doesn’t have the power or the support to implement them.  The President, seeing the impending problem, steps in and disempowers (pick one) the ESOP Committee or managers.  The result:  everyone is dissatisfied and thinks that the whole process was a charade.

The good news is with proper planning and patience, ESOP Committees can “beat their enemies” and avoid the four deadly sins.  If you’ve already formed a committee and committed several sins, make haste.  As most sinners know, it’s never too late to repent.